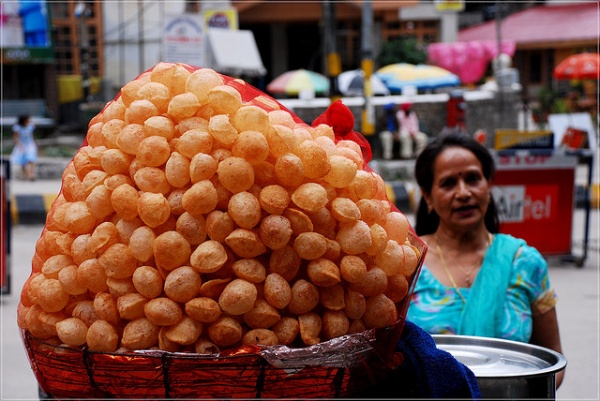 The spirit of entrepreneurship runs through every chaiwala, every kulche wala bhaiyya not to forget the golgappa wala bhaiyya. These are times when entrepreneurs are changing the landscape of the economy in more ways than one. The best part is that it is encompassing every sphere of life right from childhood to youth to the rest.

And it’s no surprise that Delhi or the NCR region is home to some of the best of the entrepreneurship fairy tales that we see today. What we see is what we seed. Quite often the strength of the network is what is the strength of the individual, that perhaps defines the spirit of New Delhi as it spawns new set of techies and expands frontiers of success stories across a variety of disciplines from food to classifieds to real tech to AR to VR.

With a heavy push on Digital India the roads are now more than crowded with many a startup competing to be there, to be heard and to win. The journey is a tough one because the ideas are easy but the execution is difficult and at times like these we have some real super help from the like of Vodafone.

You heard it right the #CelebratingSuper Vodafone actually helps the startups with initial packs that can go upto over 2 lac rupees that a huge huge amount of money if you ask me. This is not new, and some of the most celebrated successful startups like Zomato and Oyo rooms have tasted this before.

The entrepreneurs know how each of these measures will help them overcome initial difficulties and gain momentum especially in the first few days of starting up. You will be ridiculed because we still don’t know how it is going to be and people can easily say things when it doesn’t happen.

But its the story of persistence, like once I read about the founders of LinkedIn wherein they said our over night success had to wait over 14 years when Microsoft took over LinkedIn.

So this attitude of persistence is a strength of the entrepreneurs we see today. There is so much of similarities when we think of these things with respect to the City of New Delhi. The city has a never say die attitude and is giving itself a shot in the arm whenever a crises hits and that when you see the resilience at display.

The Vodafone network  has these quality that you can easily relate with in terms of what it is supposed to deliver. To make it interesting the city today boasts of 120 hotspots across Delhi & NCR such as DLF Mall of India, Fortis Hospital, Delhi Haat, Khan Market, Airport, etc

And when you thought the air is unbreathable Vodafone decided to create the first Air-Purifying bus shelter in the city so that people could breathe non-polluted air while waiting for a bus. Innovating to get the best for the people of Delhi.

It is in such small details that God aka Network resides today. So Vodafone apart from making us talk is making it easy for us to breathe and more over look to making it cleaner. That’s the secret to making Vodafone the choice of 1.2 crore customers in Delhi and NCR and Vodafone receives 1 customer appreciation every 30 seconds.

Times are a changing so too is the Network!

The sound of an F1 car is sound of music to an F1 fan. And if it happens to be his favorite team Red Bull the fan will be already on wings literally! Get ready to enjoy the roar of an F1 engine and get set to witness the spectacle of speed on one of the iconic and famous streets in India, the Rajpath.

The inaugural Indian GP will be a great tribute to the Indian motorsports fraternity and is a reflection of India’s preparedness to make itself heard on the world stage. This will no doubt usher in an era of development in various sectors which are directly or indirectly associated with the sport. The already popular sport will rope in more fans than ever before. Probably the right time with half of our country’s population under 30!

So as we prepare to hear lot of engines revving & roaring, see smoking tyres, and burnt rubber, its Delhi’s turn to entertain the F1 fans. Red Bull Speed Street is an event by RedBull, organized under the aegis of FICCI and the Ministry of Tourism – !ncredible India. The background setting is the classical and historic India Gate and stretching all the way on Rajpath. Just the thought of the car speeding is enough to raise the adrenaline!

The car will be driven by the current HRT F1 driver Daniel Ricciardo, who is a part of Red Bull driver Development Programme, and he is all set to entertain Delhiites with his machine!

As I write this the Red Bull Racing team had already landed in New Delhi and had a taste of Indian Architecture and a bit of history when they visited Red Fort today afternoon – a little time off awaiting the arrival of the some critical equipment! The Team was in its elements, thoroughly enjoying every moment at the Fort and had great fun, a trait which they have mastered it so well that it is becoming a habit to work effortlessly and win handsomely race after race!

Some pictures of Team Red Bull at the Red Fort!

Meet our Driver X in RedBull driver suit, who accompanied RBR Team around the Red Fort and he did get a lot of people to pose with him and click photographs. Already he has created a lot of buzz with his visits to colleges, malls, multiplex and have people stare at him like you see in the picture and some policemen asking him if he was going to do a stunt! Catch him in your camera and send us your pics!

So here are the updates, the Red Bull Speed Street is getting hotter with the car having been brought to Delhi and being assembled tomorrow at ITC Maurya Sheraton, Chanakyapuri in the morning and will be on for a practice. Saturday will be really a great day to watch out and don’t forget to bring your friends along!

Also be informed about the Travel / Traffic advisory from Delhi Police for the successful staging of the event. Be there to make it happen. You can also see the same here.

Lets get #RBSpeedStreet trending for Saturday! What say?

Follow me on Twitter @rsenthilkumar and get live updates to the event leading to the Rajpath Red Bull Speed Street!

And these updates will continue to the race weekend of our inaugural Indian GP during the last week of October!