‘A fascinating and insightful read’ is an understatement by any yardstick given the book is full of pictures that tell stories that are beyond our reach in literal sense. Every photograph is worth its weight in gold in Capturing Wild Life Moments in India by Ashok Mahinda.

It sets free the traveller in every reader and also shows the importance of the marvels that nature has produced. It’s those wonderful and invaluable sights that have been frozen for eternity that will make us sit up and question ourselves. Especially if you can read ENDANGERED printed alongside.

A question that pops up on my mind is this: how much we take our species for granted so much that we don’t care for any other which has been an integral  part of nature, the eyes pop up when we see some of even the Asiatic Elephants have been marked endangered.

Some of the pictures were really very engaging in terms of the angle and they have a nice way of emoting and look as if they are talking to us.

Ashok Mahindra with his work has done a great service to those wonderful creatures who otherwise would not be able to express themselves. Some of the night shots are really classy and I wonder how the author had been waiting to watch and catch them on his camera.

The work is a reflection of dedication and painstaking effort of the author photographer  in being at home to capture those versatile beings at their momentous best. It provides a window of opportunity for us to realise the significance of their shelter and appreciate efforts to sustain their survival.

I would be not flattering if I say you will have had a roundtrip to some of the most amazing hideouts of those magnificent animals and am sure you would want to make your own trip sometime.

Somethings are so glaring for example the National animal of our country is an endangered species so much for our sense of nationalism. It pricks your conscience and surely the author has a winning edge in making us sit up. I think that when an author wins.

All the images in the book has its own story and some facts.  Sample this excerpt:

Elephants are herbivorous and move in herds led and dominated by a mature female elephant. Theirs is a matriarchal system and the herd is made up of mothers, daughters, sisters, and aunts, with all decisions usually taken by the oldest adult female. Males leave the herd early and only return in order to mate with the females.

Here is one more pic: 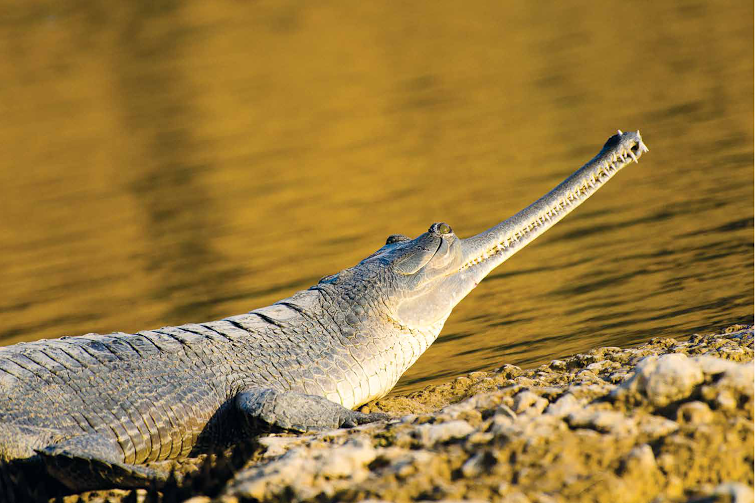 All pictures are copyright and cannot be used without the explicit permission of the author/photographer.

“Capturing Wildlife Moments in India” contains 120 photographs of animals and birds of India, photographed from visits to over 30 parks,sanctuaries and other locations.

It is being published by Oxford University Press(OUP) & Bombay Natural History Society(BNHS).The book will be available at most of the major retail outlets across India and also through online retail sites like Amazon, Flipkart etc.It will also be available for sale through the BNHS website and is priced at Rs.1450″

PS: I feel myself lucky to have had the first glimpse of such an awesome work and that little photographer in me is surely excited at the inspiration that this book is able to ignite.